Before becoming an independent consultant, Paige worked as the Resource Mobilisation Coordinator for Friends of the Earth International, the world’s largest grassroots environmental network. Prior to that, she coordinated the Clean Clothes Campaign‘s human rights defenders programme. 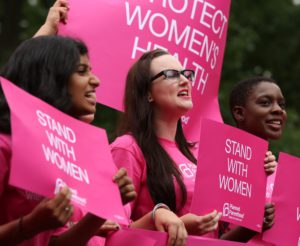 Paige started her career as a grassroots organiser, helping build a stronger movement for sexual and reproductive health and rights in the United States. She served as the Legislative and Political Director of Planned Parenthood of Wisconsin, where she laid the groundwork for the Contraceptive Equity law, which was adopted in 2009.

Paige holds a master’s degree in history from the University of Wisconsin-Madison and a bachelor’s degree with honors from Cornell University. She has received several prestigious academic awards, including an Andrew Mellon Fellowship in Humanistic Studies and the Midwest Association of Graduate Schools’ Distinguished Master’s Thesis Award for her work on early American labor history. She attended the School for International Training in Kathmandu, Nepal, where she specialised in gender and development.

Paige has lived in the United States, Nepal and Germany. In 2007, she settled in Amsterdam with her partner and two children.